Revamping of the Glacis Noire Trail, Praslin Offers an Exceptional Experience Out In Nature

Revamping of the Glacis Noire Trail, Praslin Offers an Exceptional Experience Out In Nature

The Seychelles Parks and Gardens Authority(SPGA), has recently taken significant steps towards revamping and upgrading the only official nature trail on Praslin, Glacis Noire. Located within the Praslin National Park, the trail offers an exceptional feel of the outdoors, being one of the trails where many endemic species of plants and animals can be found throughout the entirety of the journey. The pristine 1.4km trail is a trek of about 1hour from the main road to the jaw-dropping panoramic view of neighbouring islands namely La Digue, Ile Ronde, Felicite, Marianne and further away Denis, Mahe and Fregate Island, courtesy of the fire tower located at the end. It is of very low difficulty, thus making it easily accessible by hikers of all ages and fitness level.

SPGA is currently devoted to enhancing the visitor experience to the nature trail. This will come about through the introduction of information boards as well as direction posts. The small kiosk located along the trail has been repaired to ensure visitors and hikers have an ideal spot to relax and catch their breath before continuing their journey to the fire tower. SPGA plans are surely materialising, with the official opening of the trail set to take place this year. In light of such, tourists will be charged a small entrance fee to access the trail and the secure parking area, which in turn will aid in sustaining the upkeep and maintenance of Praslin’s only official trail.

The Praslin National Park was established in 1979 and is the second largest terrestrial National Park in the Seychelles. As the name suggests, it is located on Praslin. The extensive park covers a total surface area of 324 ha of the upper lands of Praslin and includes the World Heritage site of the Vallée de Mai. Its altitude ranges from 80 meters in the ravines to 367m at the highest point of the island, and offers a wide variety of landscapes and viewpoints. The park is home to a variety of endemic, indigenous and native plants as well as a variety of insects and other animals, such as the Black Parrot unique to Praslin and its surrounding islets. 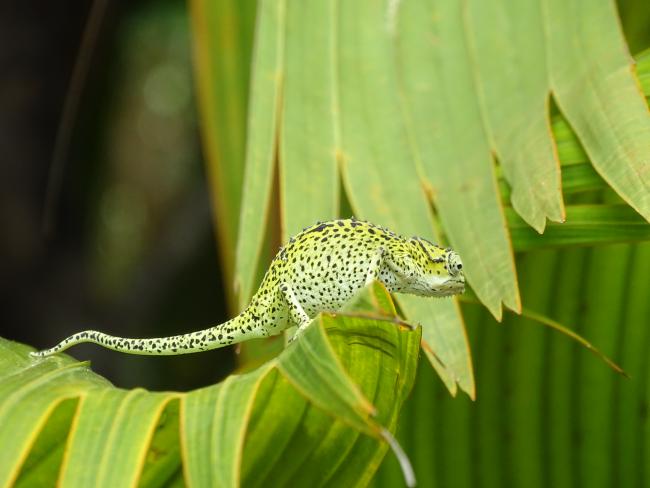 The Glacis Noire Trail should not be missed! This trail is currently not frequented by many visitors and thus has a more natural and undisturbed appeal. Hikers in search of an authentic feel of Paslin’s forest, are most definitely welcomed to the Glacis Noire Trail. The rewarding view which awaits at the end of the trail is simply spectacular! Along the first stages of the trail, considering the devastating effects that fire can have, it is surprising how many native species survived amongst the secondary vegetation. Bracken fern (Dicranopteris linearis) is a typical species in fire-prone areas, but in spite of the predominance of introduced plants such as Calice du pape (Tabebuia pallida) and Cocoplum (Chrysobalanus icaco), endemic species such as Café marron grande Feuille (Paragenipa wrightii) and (Pandanus multispicatus) also flourish. 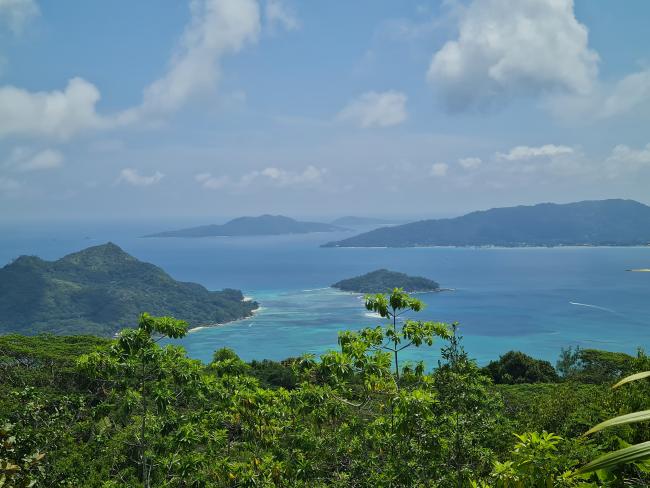 There are also other endemic species such as: the Bwaponm (Eugenia wrightii), Bwa bannan pandan (Gastonia lionnetii) and several endemics Palms like: the famous Coco de mer (Lodoicea maldivica), Latanier Palm or Latannyen Oban (Roscheria melanochaetes), Thief Palm or Latannyen fey (Phoenicophorium borsigianum) and many more. A beautiful high altitude wetland is also found along the trail, containing several endemic species which were in the past planted around it.

Rest assured that SPGA is working hard to give Praslin island its first paying nature trail, which will not only benefit the tourism industry, but the residents of Praslin themselves. Stay tuned for the exciting work to come from SPGA.