This year's celebratory activity saw Seychelles Parks and Gardens Authority (SPGA), Club Med Seychelles and Marine Conservation Society Seychelles (MCSS) remove 313 plastic pet bottles, 23 slippers and 16 goni & trash bags from the turtle nesting beach of Grand Anse, in the Ste Anne Marine Park. Removing marine debris from the endangered sea turtle nesting beach was the best way SPGA and partners believed they could “recover a key species for ecosystem restoration". Seychelles is a biodiversity hotspot. Our wildlife is unique and forms the basis of our key economic pillars i.e tourism and fisheries. Like elsewhere in the world, this unique wildlife is threatened by pollution, poaching, climate change and development. The Grand Anse Beach of Ste Anne Island is one of the longest beaches in the Ste Anne Marine Park and similarly one of the most important turtle nesting sites around Mahe. The beach is visited by both Hawksbill and Green Turtles. 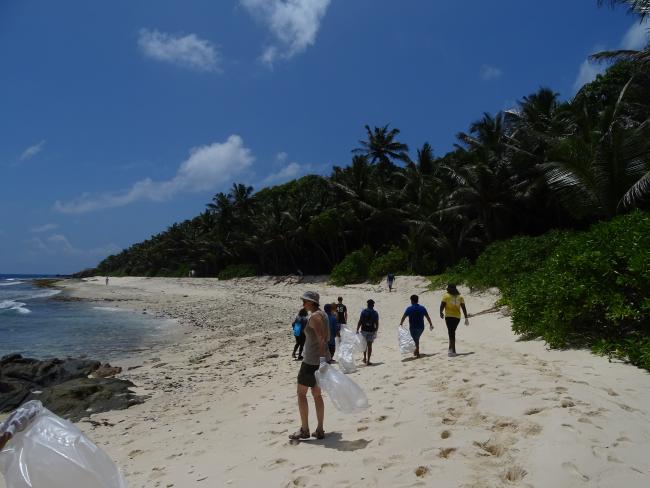 The activity started off with a warm welcome and briefing from Club Med executives and an SPGA representative. The team comprising of SPGA, Club Med and MCCS staff members, joined by a family from the resort, trekked for nearly one hour fifteen minutes to get to Grand Anse Beach. Despite the heat and occasional steep climbs, the 18 strong-willed and enthusiastic participants managed to make it to the other side of the island while appreciating its diverse and amazing flora. The team hiked across the lush jungle, crossing the occasional streams. Once on Grand Anse Beach, the determined crew took a small refreshment break, courtesy of Club Med Resort before braving the scorching sun to clean the whole length of the long white Sandy beach. Most of the rubbish had accumulated along the high water mark. After 45 minutes of de-littering, the group were very satisfied with their output for the day. It is to be noted that the majority of the waste had originated from the sea. Plastic bottles dominated the bulk of the waste and second in line were Styrofoam bits.

“It was a well-organized beach clean-up and a great opportunity to explore that part of Ste-Anne Island. We very much look forward to similar collaborations in future” commented Lynn Anthony from MCSS.

“On behalf of the SPGA team, let me express our most sincere gratitude to our partners, ClubMed and MCSS for this successful collaboration today. We have joined the rest of the World to help restore one of the country’s key species’ nesting site. Our action today has similarly prevented 313 plastic bottles from going back at sea to endanger other marine fauna, especially those inhabiting the oldest Marine Park in Seychelles, Ste Anne” explained Isabelle Ravinia from SPGA. 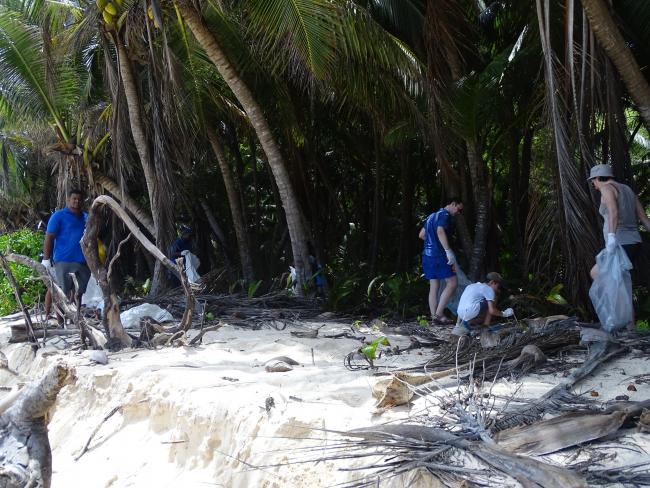 Seychelles Parks and Gardens Authority (SPGA) wishes all its staff working hard to protect Seychelles’ wildlife, its partners and the country in general a happy World Wildlife Day 2022!